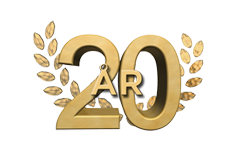 Mark Hughes, increasingly exasperated about his apparent inability to get through to his Brazilian players, is to instigate talks with Robinho to ascertain why his performances for Manchester City have deteriorated so markedly since the turn of the year. Uppermost in the manager's mind is his suspicion that his most expensive player has lost focus after a difficult period in which he has been fined and his close friend Elano has frequently tested the manager's patience.

Hughes chose his words carefully but his expression was one of weary resignation when he was asked how the two Brazil internationals could play so brilliantly for their national team against Italy, then so abjectly for City three days later as they lost 2-0 at Portsmouth on Saturday. "We've had a brief word already and now we are away there will be a chance to speak about it in depth," he said.

Hughes, who is keen to keep the matter in-house, is planning to bring up the disparity in performances with both players before tonight's Uefa Cup tie against FC Copenhagen. That conversation is likely to involve informing Elano he is out of the team. Robinho, who has recovered from a thigh strain, should retain his place and Hughes hopes there will be a significant improvement amid the sub-zero ­temperatures of Denmark's capital.

The issue is complex for Hughes because, above all, he needs City to finish the season with a flourish if he is to convince the club's owners in Abu Dhabi that he should remain the manager. To do that he will need Robinho to have a prominent role and Hughes feels entitled to question whether the player has applied himself fully recently.

Robinho has already been fined two weeks' wages – roughly £320,000 – for leaving the club's mid-season training camp without permission last month and his dislike for discipline could be gauged by his disregard for the club's dress code when the players reported for duty at Manchester airport yesterday. While everyone else wore the official club suit, Robinho combined his jacket and trousers with white trainers. He had not bothered with a tie and his shirt was untucked.

It is also understood there has been a notable shift in how the other players have come to view him. Whereas he was widely credited with fitting in quickly after his move from Real Madrid last September, one of Hughes's recent signings has complained that Robinho and Elano have barely spoken to him so far.

Hughes, who will restore Richard Dunne and Shaun Wright-Phillips to his side tonight, responded tersely to the suggestion from Copenhagen's coach, Stale Solbakken, that City's high spending could "destroy football".

"Their coach has said a lot of things, but we've had the benefit of this money for six months and we haven't destroyed football yet so I don't think that is going to happen," he said. "In years gone by, no one was talking about Manchester City. Now, every time there is a question about football in general, our name gets brought up. Everybody seems to want to knock Manchester City. We don't think we are arrogant but people still seem to take exception to us. They are not in possession of the full facts and they are just looking at it from the outside."